On the 18th of April 1859 William Giles laid the foundation stone for the second Congregational Church on a block of land purchased from Richard Bowen Colley. The church was designed by architect James MacGeorge and built by Lines and Cook at a cost of 1,508 pounds. Reverend Thomas Quinton Stow gave the first sermon on the 8th of December 1859 in an unfinished church.
Reverend Charles Manthorpe was in charge from May 1862 to 1876. Soon after commencing he had the church finished and beautified, and re-established the Sunday School. He reduced the construction debt by 500 pounds in twelve months. During his tenure Rev. Manthorpe also added a gallery at the rear and grew the congregation from a low of 12 members to larger than the church could hold.
In 1880 services began in a new and larger church next door. The older church became the new church's hall and is still used as such today.
In 1954 the trustees raised funds by constructing a row of shops across the church hall's northern elevation, almost obscuring the building completely. Just the top half of the French circular rose patterned stained glass window can still be seen behind and above the shops, but only from across the road in Nile Street.
The church hall is connected to the church by a contemporary glassed-in walkway covered by a corrugated arch. 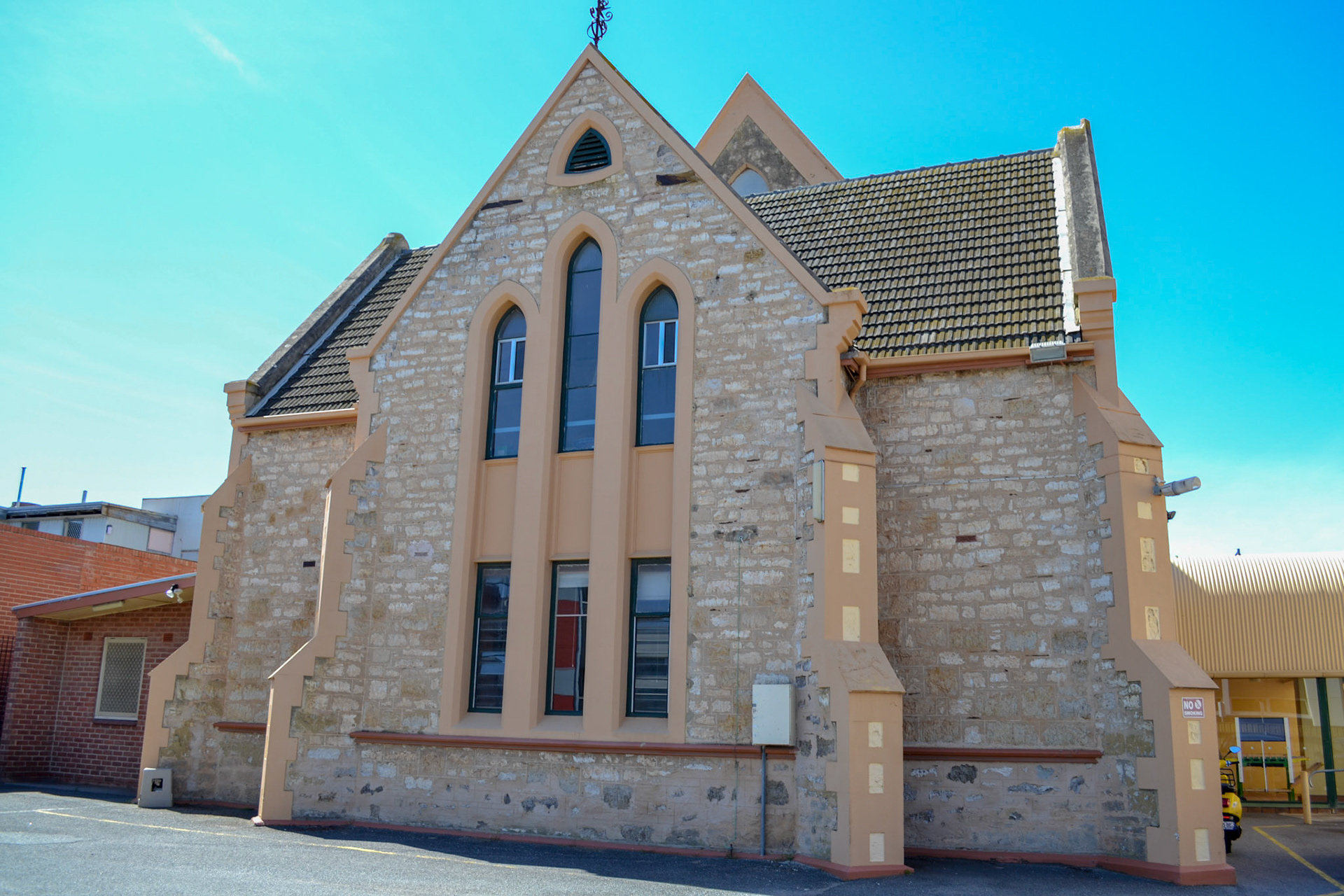 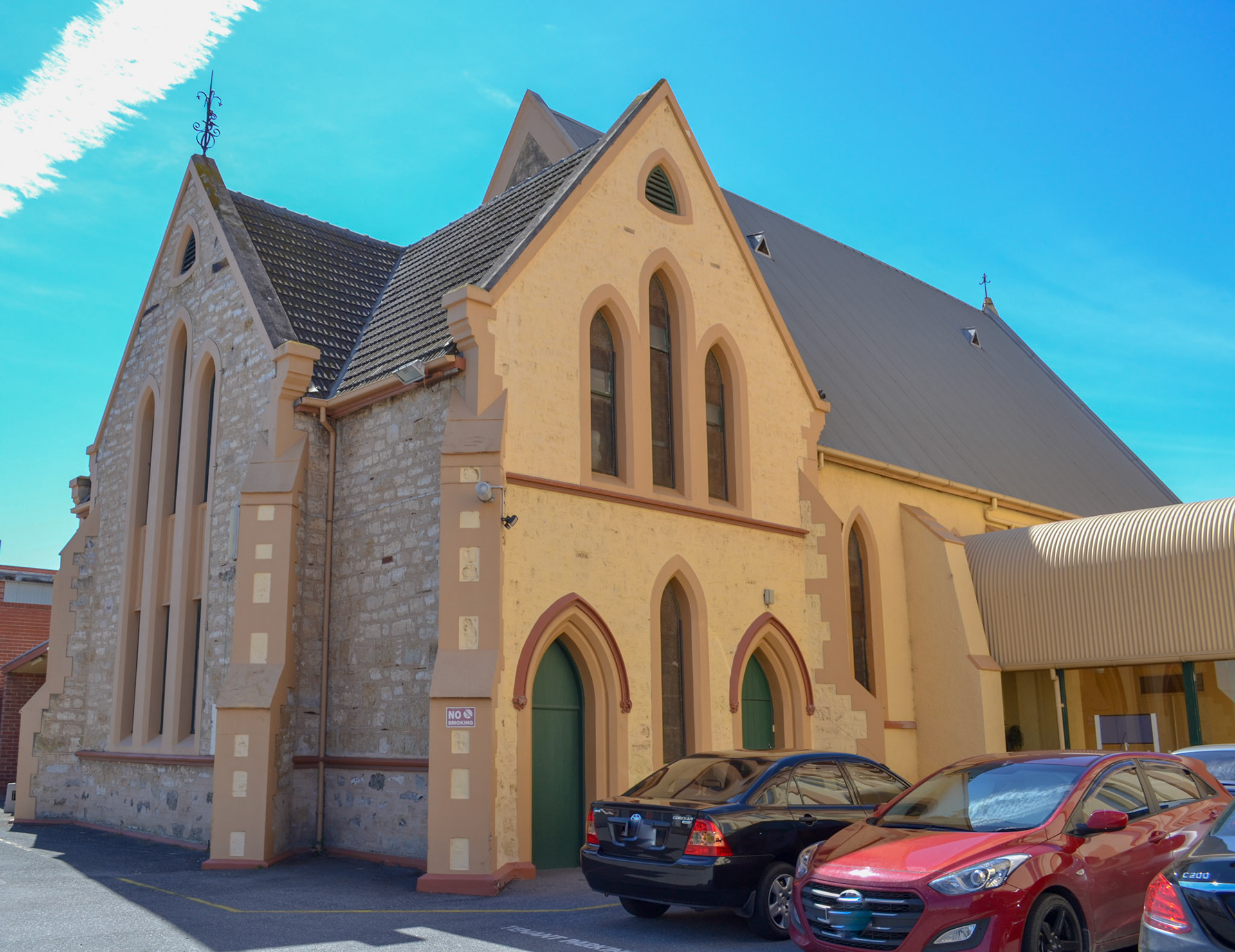 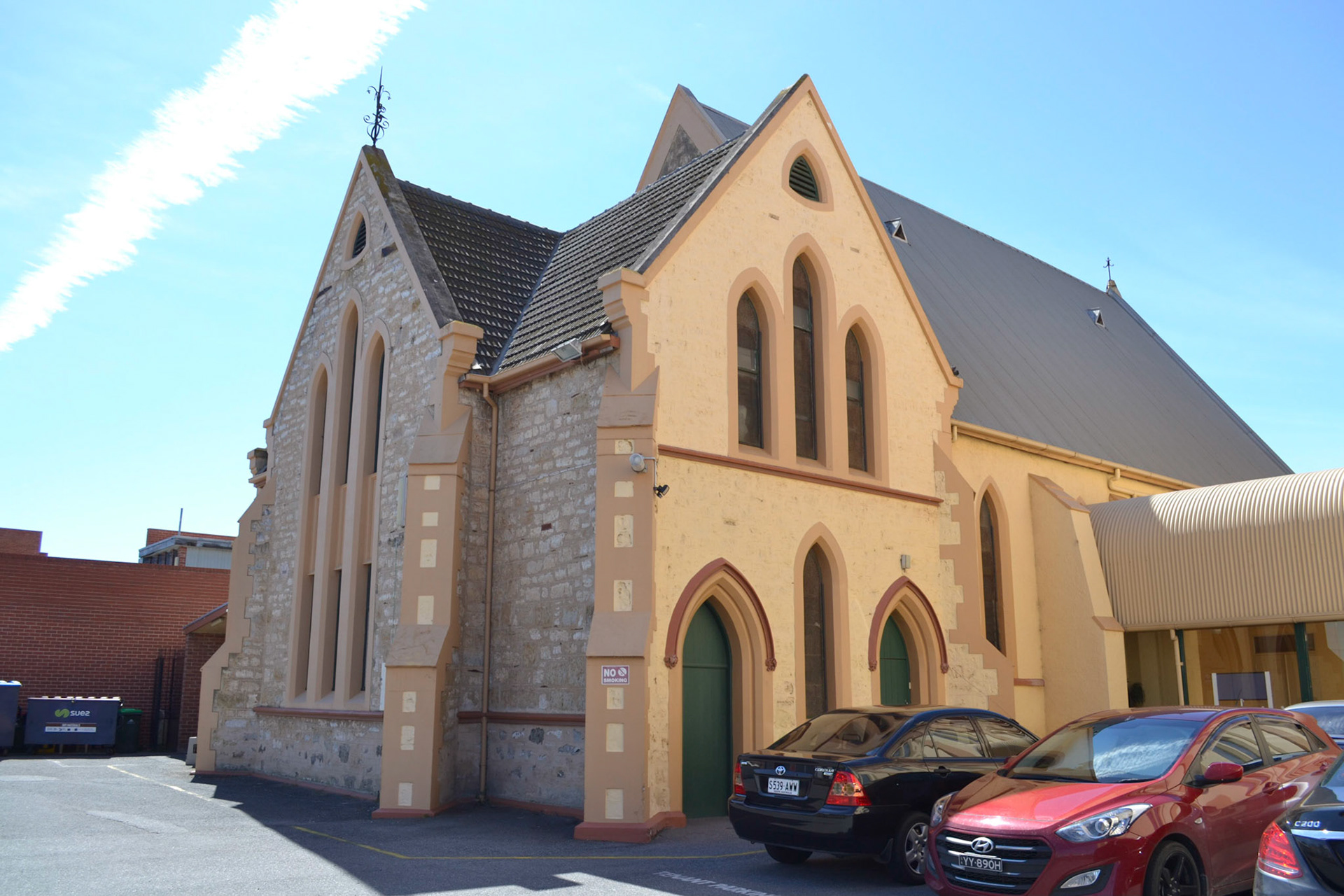 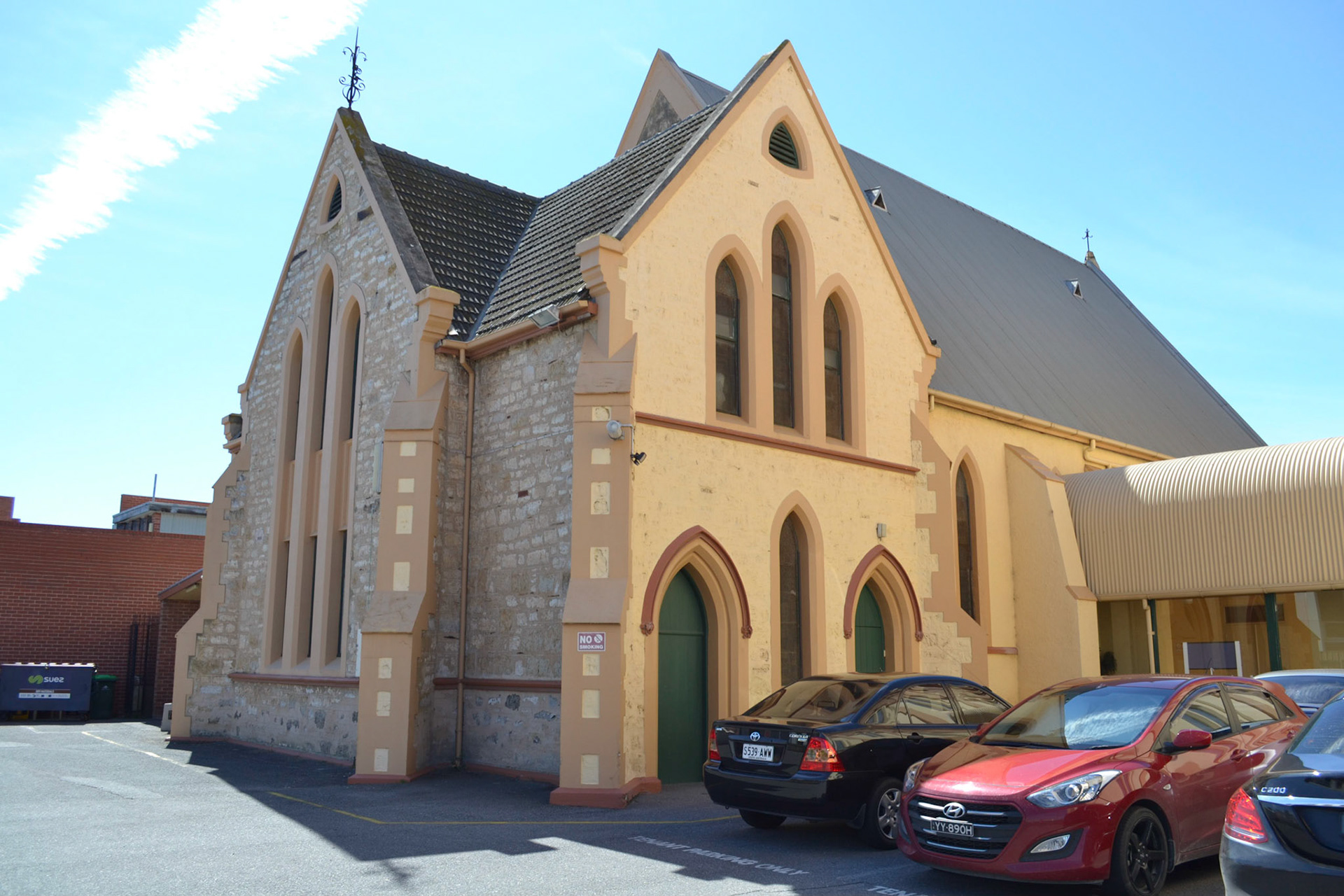 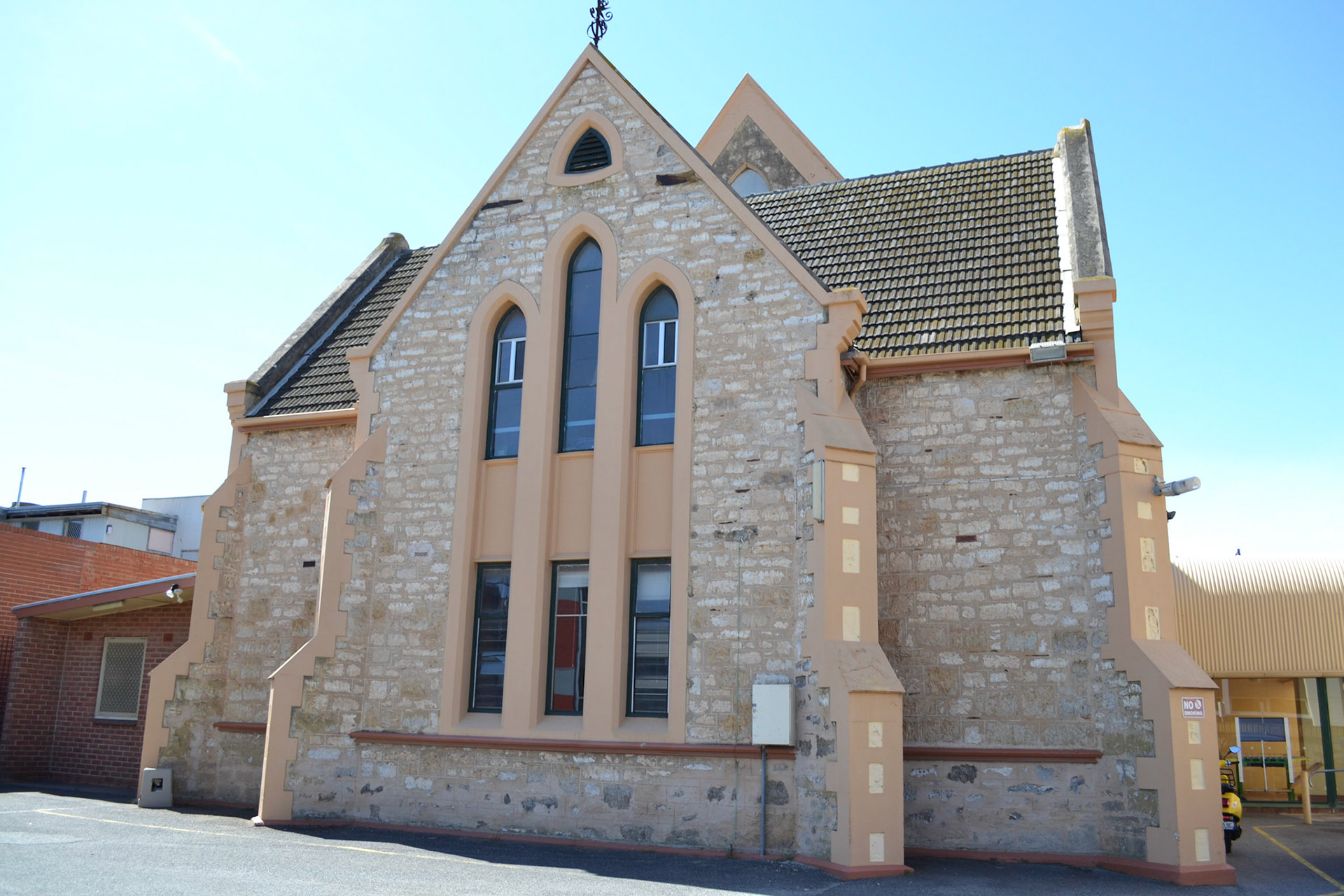 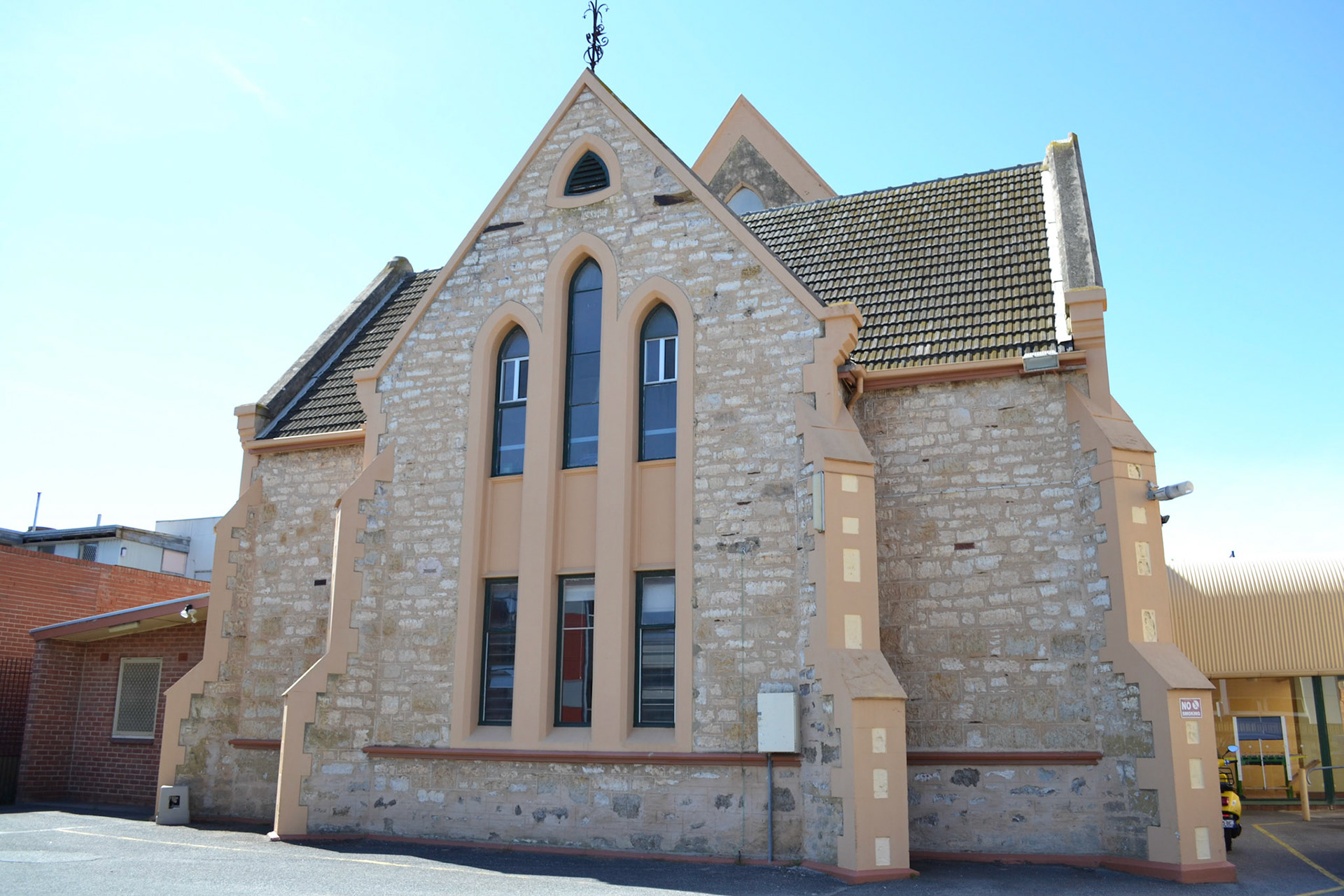 More built heritage from the City of Holdfast Bay